Ebay is a marketplace with 25 million sellers and over 171 million buyers. Selling on eBay means selling before an audience of nearly 200 million people. Now, who doesn’t want to sell better on eBay? The Legends Football Shirts owner Mark wanted the same. They claim to sell the best authentic and original sports shirts and wanted to start selling vintage t-shirts on eBay. Their search for a helpful third-party integration services provider ended with CedCommerce.

“Our business required several customizations due to our specific requirement of constantly adding and uploading new, unique products, and CedCommerce worked with us to make sure we got what we needed to succeed.”

Mark, the store owner claims to have doubled selling vintage band shirts on eBay. This massive hike prompted him to give us a five-star rating for the assistance in onboarding to successfully selling on the eBay marketplace.

With less than 10 people working as a team, the business is based in the UK. Selling classic football shirts from all around the globe, Legends Football Shirts have exclusive pieces from various nations.

“We source our authentic, original vintage football shirts from a number of different sources.”

Mark wants to share his passion for the original vintage football shirts with those who share common interests. He sources the t-shirts from the Premier League Teams like Manchester United, Barcelona, Real Madrid, Liverpool, Chelsea, Arsenal, Tottenham, Newcastle, and more.

Mark was already building his brand on Shopify. He wanted to simultaneously extend his unique product range to a wider audience. For this, he needed a marketplace integration to synchronize Shopify with eBay. He expected a rise in sales while selling on eBay. In order to scale up the business, they found it difficult to individually upload products to eBay. They also wanted to manage and synchronize the inventory on both Shopify and eBay through a single dashboard. 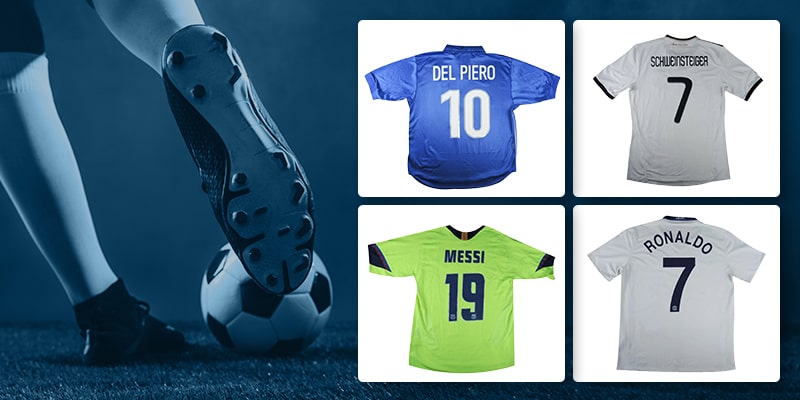 Mark and his team soon realized that they needed an app to integrate Shopify with eBay. These features were possible with CedCommerce’s app integrations. So after reading the reviews on the Shopify app store, and researching competitors, the relationship between CedCommerce and the Legends Football Shirts began.

“We selected CedCommerce as our eBay integration service provider for a number of reasons.

“CED has almost all of the features you will need straight out-of-the-box, but when they don’t, their support team will help make the customizations to suit your business needs to allow you to achieve exactly what you need to be successful with this app. We personally couldn’t be happier with CED and their development team, and their efforts to tweak their app to our needs, at the fraction of the cost of more expensive tools.”- Mark.

Our team of developers created several customizations to completely automate uploading products to eBay. Shopify analytics also highlights the sales made through both Shopify and eBay.

“The support has been fantastic, if you work collaboratively with their team, you will get the exact results you are looking for from this app. For the majority of users, the features that come straight out of the box will be enough to help scale your business with eBay, but it’s good to know that if you need the help, it will always be there.”- Mark said.

How does our app work

When the app is installed from the Shopify store, Shopify products are imported into the app first. After Profiling (available in-app), and after applying a set of rules (eBay Business Policies, categories) on particular products, they can be uploaded either by bulk-action or by selection.

Also, if you want to keep different product information on Shopify & eBay. The app provides you with features to manage products’ information separately for the eBay marketplace. You don’t need to change it from the Shopify Store. Through the BULK UPLOAD feature, you can update the products’ details in one action. Bulk Actions helps you to reduce manual work & saves time.

We help automate selling for sellers like Mark. You can choose to sell through one of our options from BigcommerceWooCommercePrestashopOpencartMagentoand Magento 2.

The post Ramp up your business like this store selling vintage t-shirts on eBay appeared first on CedCommerce Blog.

By admin
10 Mins read
Southeast Asia has the fastest growing eCommerce market with a 90 percent population connected through their mobile phones. Many similar data suggest…
Markets

The Untold Secret To Museum of Jewelry Success on eBay

By admin
3 Mins read
Museum Of Jewelry has been selling online since 1999 and opened its door to online marketplaces in 2019. They have been on…
Markets

By admin
6 Mins read
Why do Progressive Web Apps always hit the mark? It is because they happen to check all the right boxes. From being…